Hon. Debra Moses Stephens Retains Her Seat in the Election 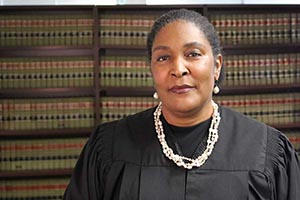 She started her career as an Assistant Public Defender. After 13 years, she was appointed to the bench to serve as a Palm Beach County Court Judge. As a judge, she has been assigned to County Criminal, Civil, and Domestic Violence courts. She has served as Administrative Judge for County Criminal Court, Domestic Violence Court and, for the last 13 years, the Traffic Hearing Officer Program.

She believes that a judge's job is one of service. For the 33 years that she has lived in Palm Beach County, she has been involved in community service to her community in various ways. Currently, she works with the Riviera Beach Civil Drug Court as their administrative judge and volunteers on several Saturdays each year to preside over court. Judge Stephens states that: "I believe each person who comes to court deserves to be treated with fairness, dignity and respect."