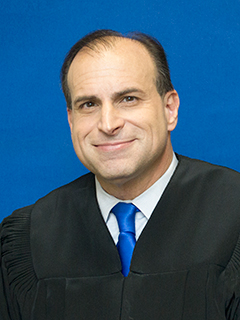 Governor DeSantis has appointed the Hon. Edward Artau to serve as a Judge on the Fourth District Court of Appeal. Judge Artau has served as a Circuit Judge in the Fifteenth Judicial Circuit since 2014. Most recently he was assigned to the Juvenile Division. Previous to his appointment to the Circuit bench, Judge Artau served as the General Counsel for the South Water Management District. He received his bachelor’s degree from Nova Southeastern University and his law degree from Georgetown University. Judge Artau fills the vacancy created by the retirement of Judge Carole Taylor. His last day as a Circuit Judge is June 29. He begins his duties as an Appellate Judge on June 30. The Circuit wishes Judge Artau the very best.